Cuddled up in the eastern zone of Rajasthan, Sawai Madhopur is one of the prominent conurbations of Rajasthan. Popularly known as the 'Gateway to Ranthambore', the town has seen many historic episodes and reigns. Sawai Madhopur has partly plain and partly undulating hilly terrain. The South and southeast part of the district has hills and broken ground which form a part of a vast track of rugged region enclosing the narrow valley of the Chambal river.

Surrounded by Vindhyas & Aravalis, this place is a treat for adventure enthusiasts as well as the ones with a fascination for history, with the Ranthambore National park- the most renowned national park in northern India and the Ranthambore Fort which was recently included in the list of UNESCO’s World Heritage sites, being the main attractions. 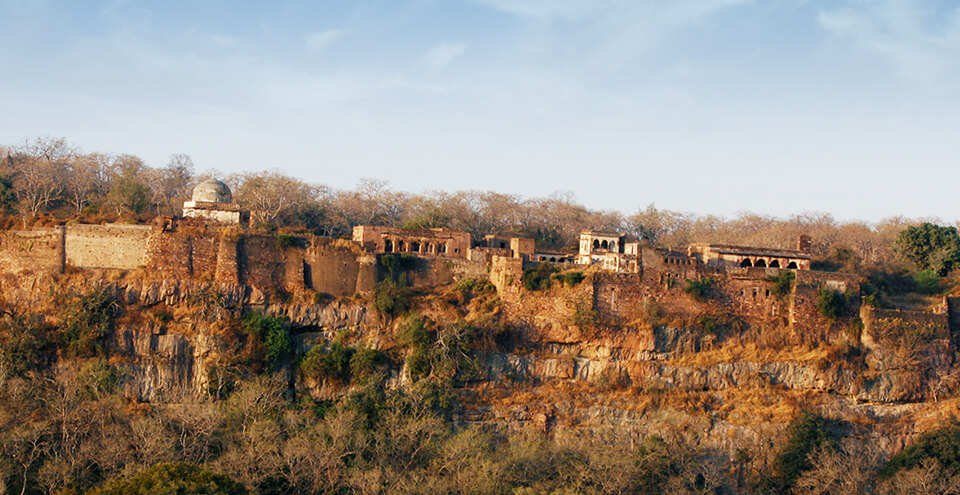 The noteworthy Ranthambore Fort was built by the Chauhan rulers in the 10th century. Due to its strategic location, it was ideal to keep the enemy at bay. The fort is also related to the historical legend of the royal women performing ‘jauhar’.

Enshrined in the Puranas, the Ghushmeshwar Temple is believed to be 12th or the last of the Jyotirlingas of Lord Shiva. Situated at the Siwar village in Sawai Madhopur, this temple has many mythological stories weaved around it. 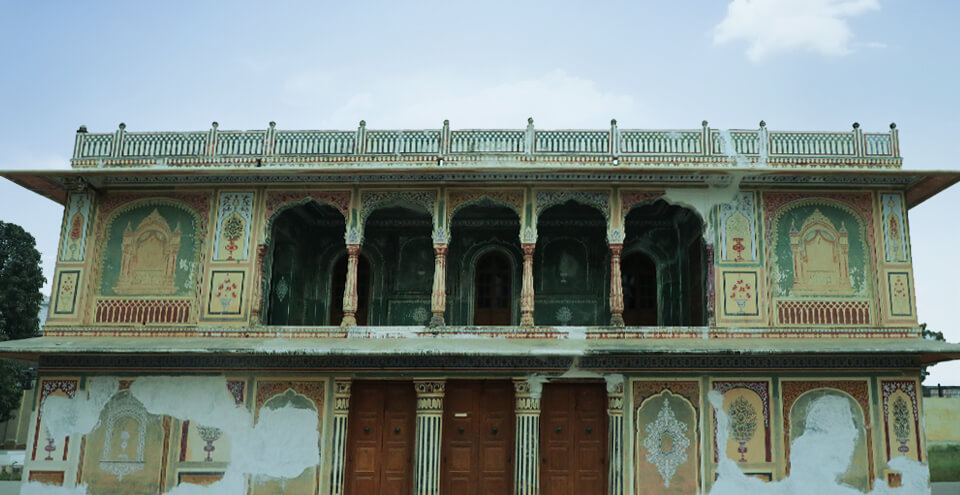 Constructed in 1824 by Nawab Ameer Khan, the Sunheri Kothiwas later renovated by Nawaab Ibrahim Ali Khan. The exterior of the Mansion of Gold completely belies the grandeur within.In-lay work with mirrors.gilded stucco. 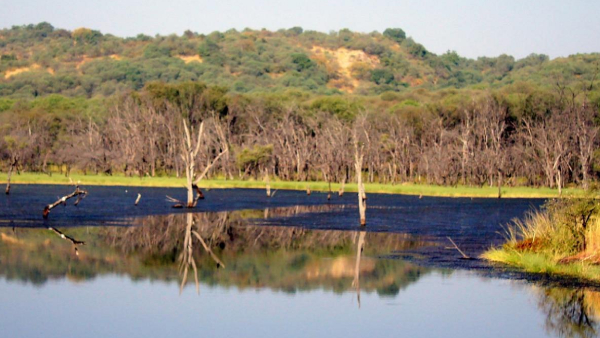 One of the three lakes in Ranthambore National park, Malik Talo, comparatively the smaller is considered to be a must visit among the places to visit in Ranthambore. You might get to see some variety types of birds as well that come to catch their food from the lake. 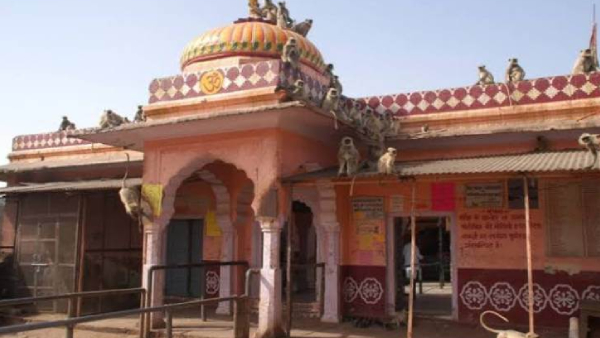 Located within the beautiful Ranthambore Fort, Trinetra Ganesha translates to the Three-Eyed Ganesh. Legend has it that King Hameer was at war and the situation seemed bleak when one night Lord Ganesha appeared before the king and blessed him saying that his problems would soon end. 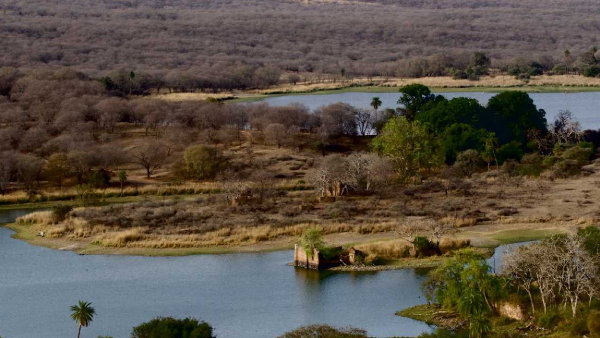 Padam Palao is the largest lake inside Ranthambore National Park. At the edge of this lake, you can see the very famous Jogi Mahal. The lily flowers which are the reason for the lake to get its name as Padam Talao will be seen in abundance during the season. 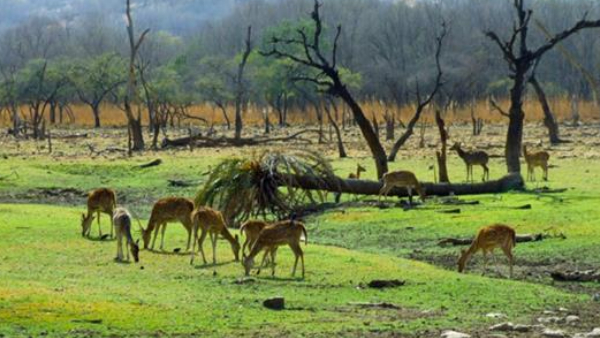 Among the best places to visit in Ranthambore, Kachida valley will be top on the list since it is such a serene valley that consists of many rocky outcrops and low hills. It is located on the outskirts of the park and nestled amidst the lush green forests. You can have a close look at the valley by reaching there by a jeep. 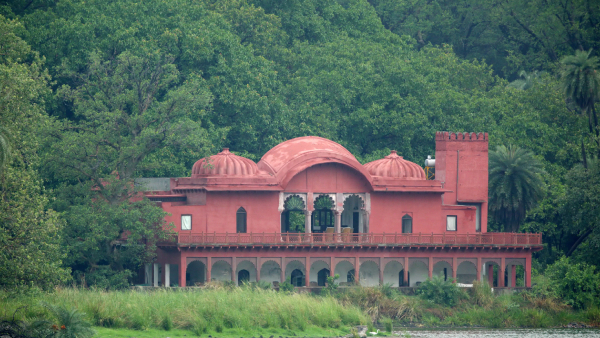 The Jogi Mahal was constructed by the royal families of Rajasthan as one of the hunting abode in the middle of the forest. One of the most popular places to visit in Ranthambore is the iconic Jogi Mahal, situated right next to the smooth flowing Padam Lake. 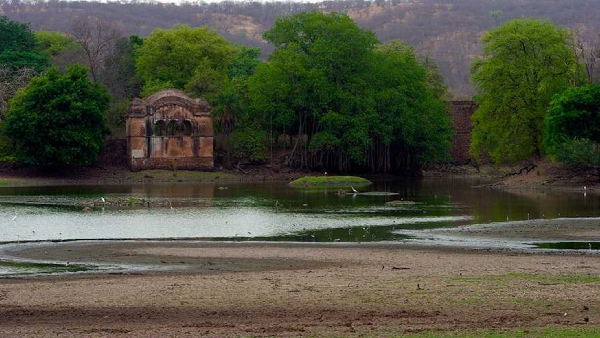 Located between Padam Talao and Raj Bagh Talao, Raj Bagh Ruins add a unique touch to the National Park, with their rare, royal feel. This is one of the most frequented tourist places in Ranthambore owing to the charming interiors, arches, domes, palace outhouses, and steps that transport you into an era that you’d fall in love with.